Born in 1987 in Georgia, pianist Khatia Buniatishvili began studying piano under her mother at the age of three. She gave her first concert with Tbilisi Chamber Orchestra when she was 6 and appeared internationally at age 10. Khatia studied in Tbilisi with Tengiz Amiredjibi and in Vienna with Oleg Maisenberg. 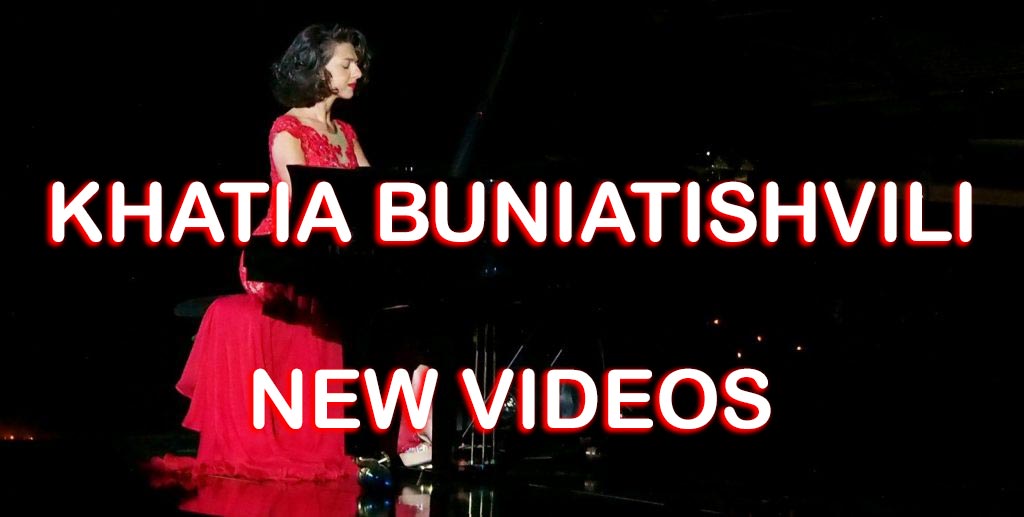 Buniatishvili signed with Sony Classical as an exclusive artist in 2010. Her 2011 debut album included Liszt’s Sonata in B minor, Liebestraum No. 3, and Mephisto Waltz No. 1.

The Fantasie in C major, Op. 17, was written by Robert Schumann in 1836. It was revised prior to publication in 1839, when it was dedicated to Franz Liszt. It is generally described as one of Schumann’s greatest works for solo piano, and is one of the central works of the early Romantic period. It is often called by the Italian version, Fantasia; the word “Fantasie” is the German spelling. The piece has its origin in early 1836, when Schumann composed a piece entitled Ruines expressing his distress at being parted from his beloved Clara Wieck (later to become his wife). This later became the first movement of the Fantasy.

This video was recorded in 2008, at Arthur Rubinstein International Piano Master Competition (the competition has been held every three years in Tel Aviv, Israel since 1974), when Khatia Buniatishvili wasn’t still a famous pianist. Khatia got the third prize (in 2008 there was two second prize and no first prize).

Chopin’s Ballade No. 4 in F Minor, Op. 52, was composed in 1842 in Paris and Nohant and revised in 1843. The work was dedicated to Baroness Rothschild, wife of Nathaniel de Rothschild, who had invited Frédéric Chopin to play in her Parisian residence, where she introduced him to the aristocracy and nobility.

This video was also recorded in 2008, at Arthur Rubinstein International Piano Master Competition, when Khatia Buniatishvili wasn’t still 21 years old. An other performance is available here.

Sheep may safely graze (German: Schafe können sicher weiden) is a soprano aria by Johann Sebastian Bach setting words by Salomon Franck. The piece was written in 1713 and is part of the cantata Was mir behagt, ist nur die muntre Jagd, BWV 208. The cantata’s title translates The lively hunt is all my heart’s desire, and it is also known as the Hunting Cantata.

The Mephisto Waltzes are four waltzes composed by Franz Liszt from 1859 to 1862, from 1880 to 1881, and in 1883 and 1885. Nos. 1 and 2 were composed for orchestra, and later arranged for piano, piano duet and two pianos, whereas nos. 3 and 4 were written for piano only. Of the four, the first is the most popular and has been frequently performed in concert and recorded.

Rachmaninoff’s Piano Concerto No. 2 in C Minor, Op. 18, was composed between the autumn of 1900 and April 1901. The second and third movements were first performed with Sergei Rachmaninoff as soloist on 2 December 1900. The complete work was premiered, again with the composer as soloist, on 9 November 1901, with his cousin Alexander Siloti conducting.

Happy Birthday to You!

8 mice wish you a Happy Birthday!
But one needs more practice!