Joseph Haydn’s Piano Concerto No. 11 in D Major (Hob. XVIII/11) was written between 1780 and 1783, and published in 1784. It was originally composed for harpsichord or fortepiano and scored for an orchestra in a relatively undeveloped galant style evident in his early works, and has a lively Hungarian Rondo finale. On the other hand, being a somewhat later composition, it also shows more similarities to Mozart’s piano concertos than do Haydn’s other keyboard concertos. Haydn and Mozart had probably become acquainted by 1784, which may explain the Mozartian influences that are discernible in the work. – Martha Argerich 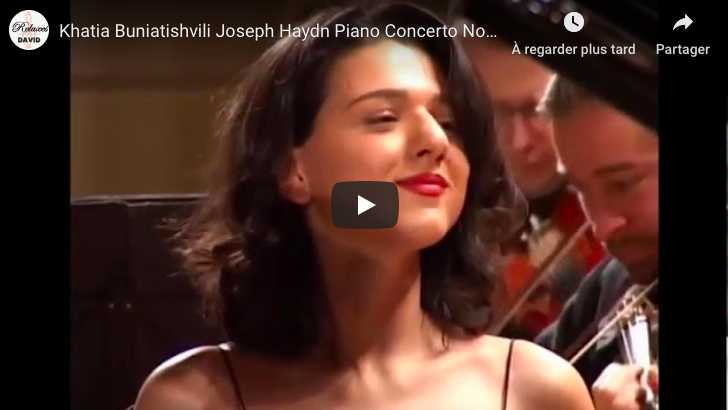