Mozart’s Piano Sonata No. 13 in B-Flat Major was composed in Linz at the end of 1783. There is no doubt that this sonata was first published on 21 April 1784 in Vienna by Christoph Torricella (along with K. 284 and K. 454, as op. 7). The actual date of composition, however, has proved more difficult to determine. Because the manuscript is not written on the type of music paper Wolfgang Amadeus Mozart is known to have used in Vienna, scholars believed that the piece was composed before Mozart moved to that city. – Vladimir Horowitz 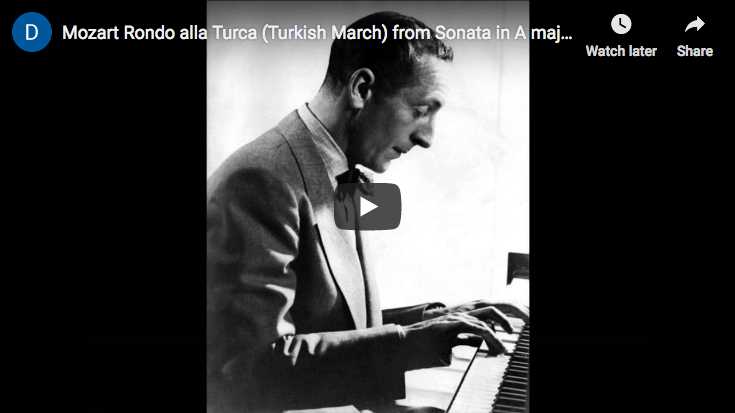