Chopin’s Piano Concerto No. 1 in E minor, Op. 11, was written in 1830. It was first performed on 11 October of that year, at the Teatr Narodowy (the National Theatre) in Warsaw, Poland, with the composer as soloist, during one of his “farewell” concerts before leaving Poland. It was the first of Frédéric Chopin‘s two piano concerti to be published, and was therefore given the designation of Piano Concerto No. 1 at the time of publication, even though it was actually written immediately after what was later published as Piano Concerto No. 2. – Martha Argerich 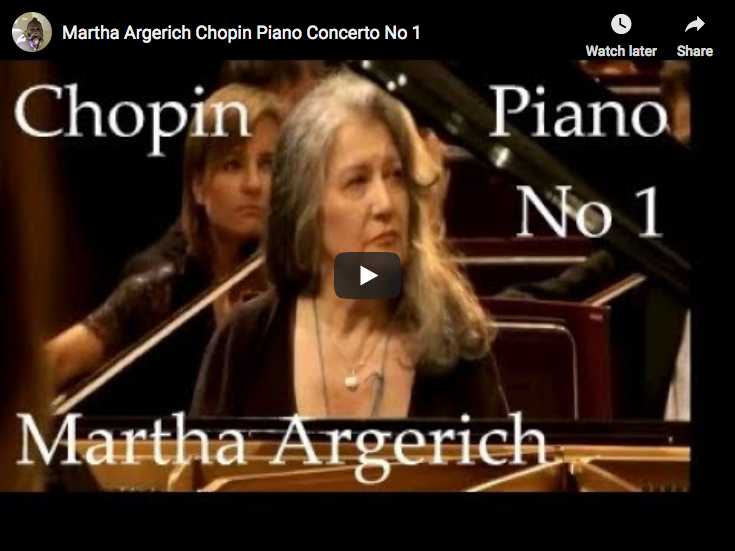 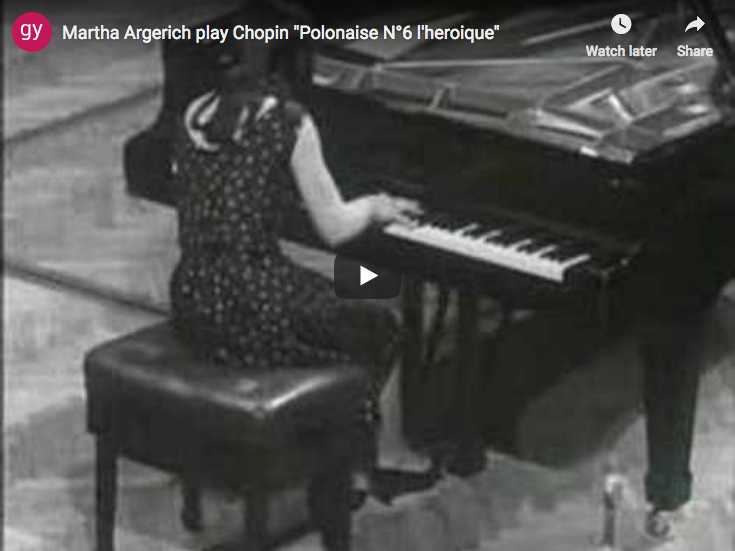 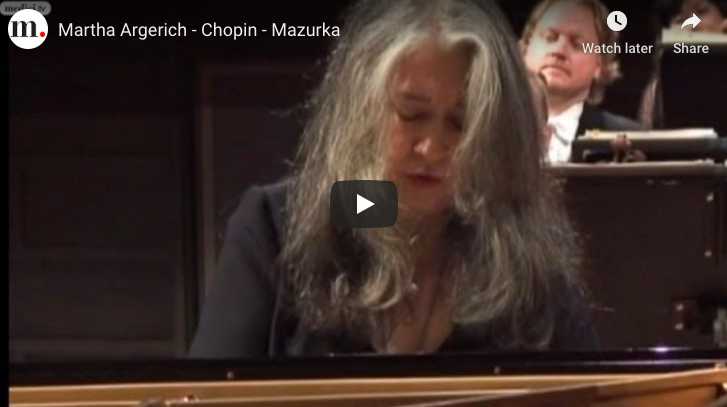 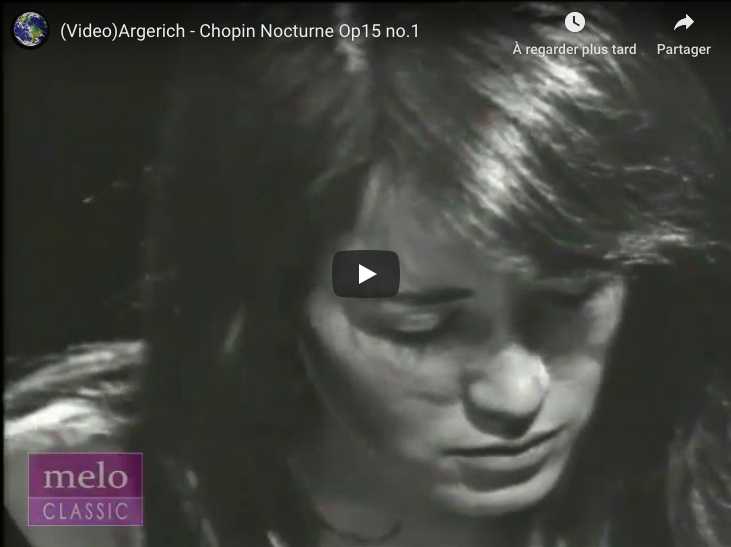 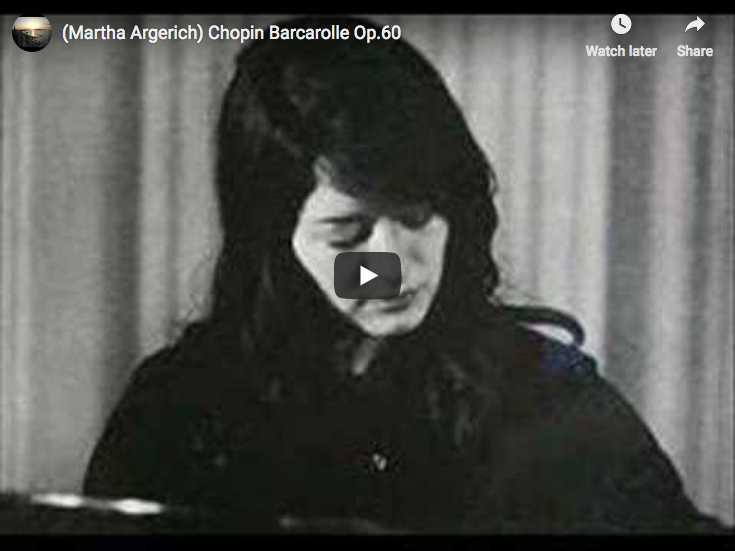