Liszt’s Consolation No. 3 in D-Flat Major is the most popular of the six Consolations and also a favorite encore piece. Its style is similar to the Chopin Nocturnes, in particular, it seems to have been inspired by Chopin’s Nocturne No. 8. The similarity between the two works has been interpreted as a tribute from Franz Liszt to Frédéric Chopin who died in 1849, a year before the Consolations were published. – Vladimir Horowitz

Mephisto Waltz No. 1 in A Major (Liszt-Busoni-Horowitz) 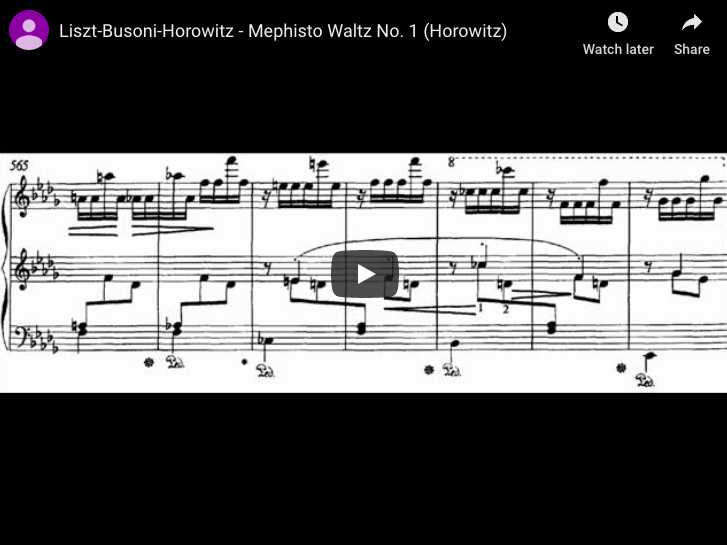