Ginette Neveu (11 August 1919 – 28 October 1949) was a French classical violinist who was killed in a plane crash at the age of 30. She achieved worldwide celebrity status at age 16 when she won the Henryk Wieniawski Violin Competition over 180 contestants, including David Oistrakh. She’s buried in Père-Lachaise cemetery in Paris, not far from Frédéric Chopin’s grave. – The Nocturne No. 20 in C-sharp minor, Op. posth. was composed for piano by Chopin in 1830 and dedicated to his older sister, Ludwika Chopin. He was used in Polanski’s movie The Pianist. 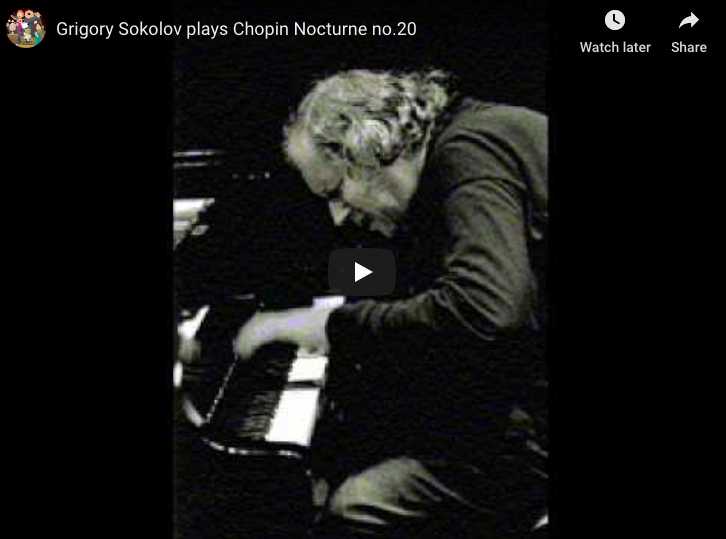 The Nocturne No 20 in Roman Polanski’s movie “The Pianist”

This nocturne was played by Holocaust survivor and famed Polish pianist Władysław Szpilman (the central figure of the 2002 Roman Polanski film The Pianist) during the last live broadcast of Polish radio on September 23, 1939 when Warsaw was besieged by the German army.