Prokofiev’s Piano Concerto No. 3 in C major, Op 26, was completed in 1921. Sergei Prokofiev began his work on the concerto as early as 1913 when he wrote a theme with variations which he then set aside. Although he revisited the sketches in 1916–17, he did not fully devote himself to the project until 1921. Prokofiev himself played the solo part at the premiere on 16 December 1921 in Chicago with the Chicago Symphony Orchestra conducted by Frederick Stock. – Martha Argerich 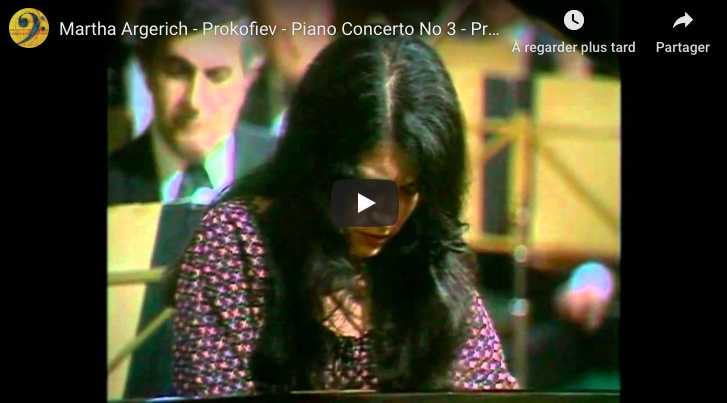