The Piano Concerto No 5 in E-Flat Major, Op. 73, by Ludwig van Beethoven, popularly known as the Emperor Concerto, was his last completed piano concerto. It was written between 1809 and 1811 in Vienna, and was dedicated to Archduke Rudolf, Beethoven’s patron and pupil. The first performance took place on 13 January 1811 at the Palace of Prince Joseph Lobkowitz in Vienna, with Archduke Rudolf as the soloist. The epithet of Emperor for this concerto was not Beethoven’s own but was coined by Johann Baptist Cramer, the English publisher of the concerto. – Hélène Grimaud 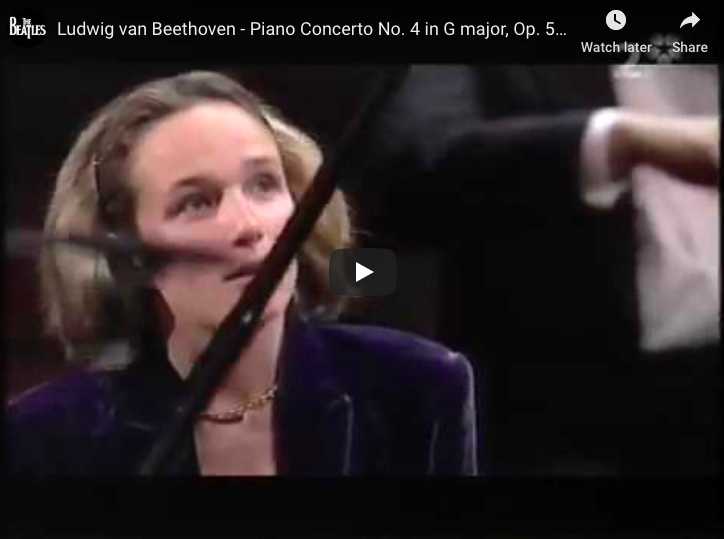 Concerto No. 5: Other Performance