Franz Schubert composed his Lied Erlkönig for solo voice and piano at the age of 17 or 18 in 1815, setting text from Goethe’s poem. Schubert revised the song three times before publishing his fourth version in 1821 as his Opus 1. The four characters in the song – narrator, father, son, and the Erlking – are all sung by a single vocalist. Schubert placed each character largely in a different vocal range, and each has his own rhythmic nuances; in addition, most singers endeavor to use a different vocal coloration for each part. – Dietrich Fischer-Dieskau Wikipedia – Gerald Moore Wikipedia 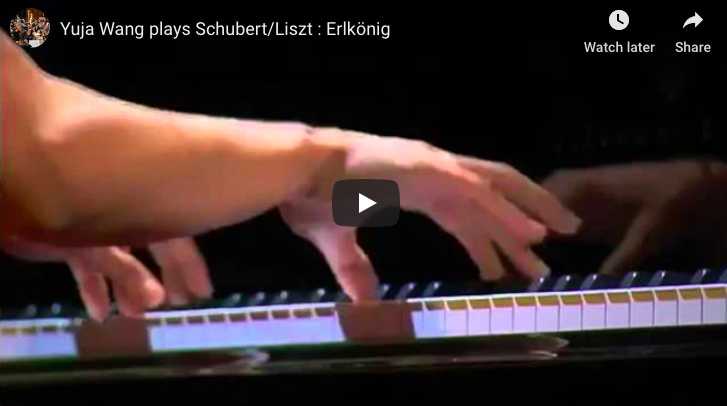