Impromptu Op. 90 No. 3 is the third piece of a series of eight for solo piano composed in 1827 by Franz Schubert. They were published in two sets of four impromptus each: the first two pieces in the first set were published in the composer’s lifetime as Op. 90; the second set was published posthumously as Op. 142 in 1839 (with a dedication added by the publisher to Franz Liszt). – Vladimir Horowitz

Other Schubert’s Impromptu by Horowitz

Impromptu Op. 90 No. 3: Other Performance 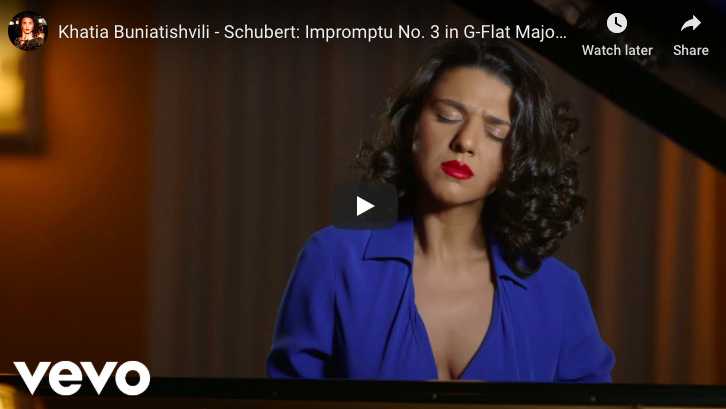