The Opry House was the fifth Mickey Mouse cartoon released by Walt Disney Productions and introduced Mickey’s gloves. You can listen some theme from Rachmaninov’s famous C-sharp minor prelude and Liszt’s 2nd rhapsody (also in C-sharp minor) used again in 1947 in the very famous Tom and Jerry cartoon, The Cat Concerto. 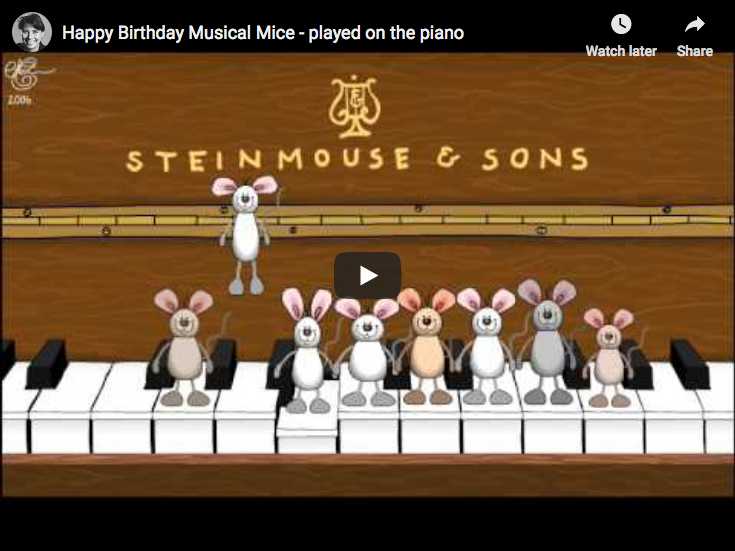 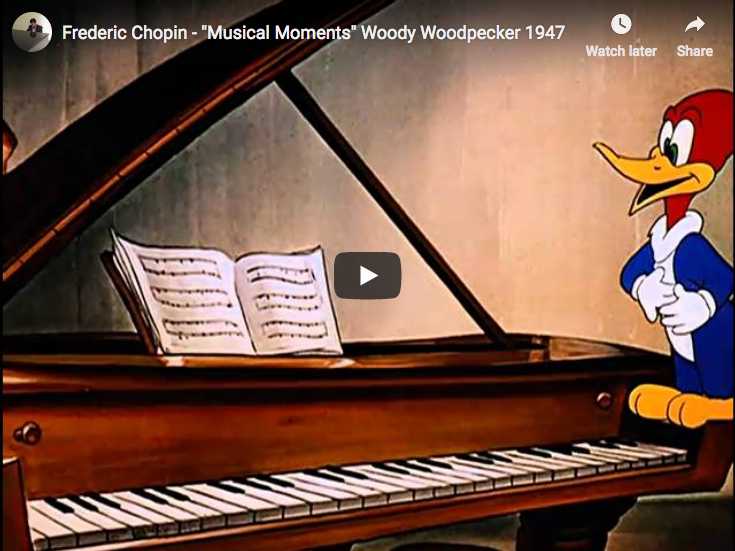 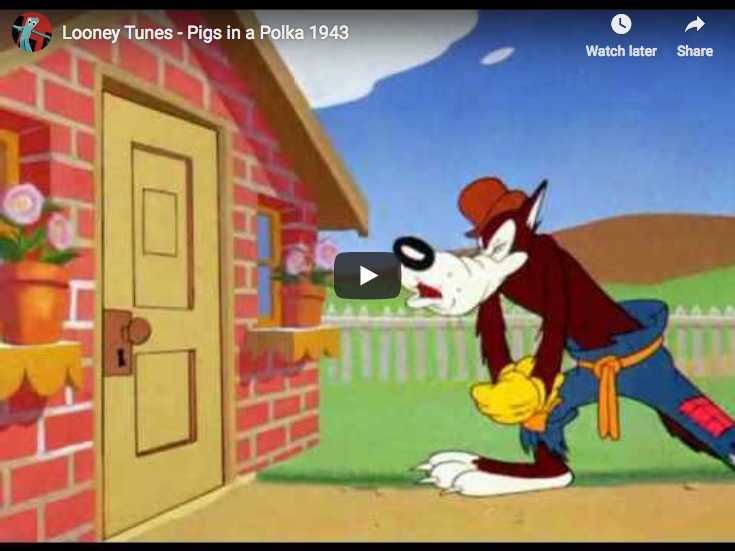 A pink panther cartoon with Beethoven symphony No 5 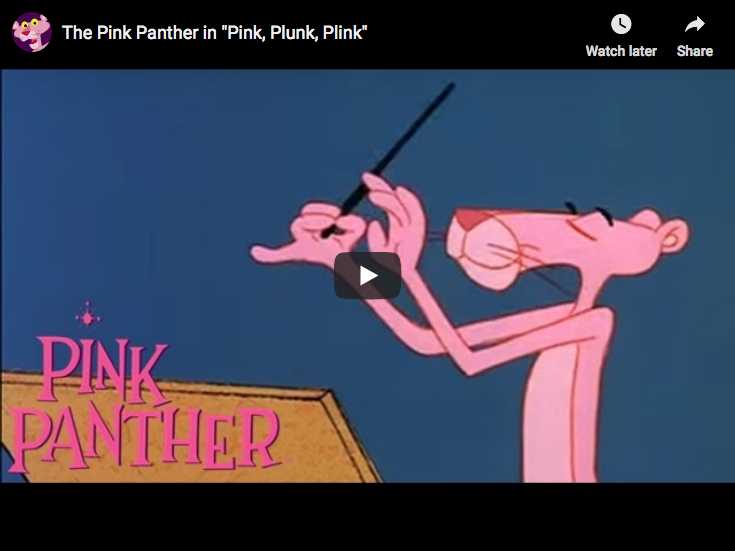 Saint Saens – The Carnival of the Animals (finale)- Fantasia 2000 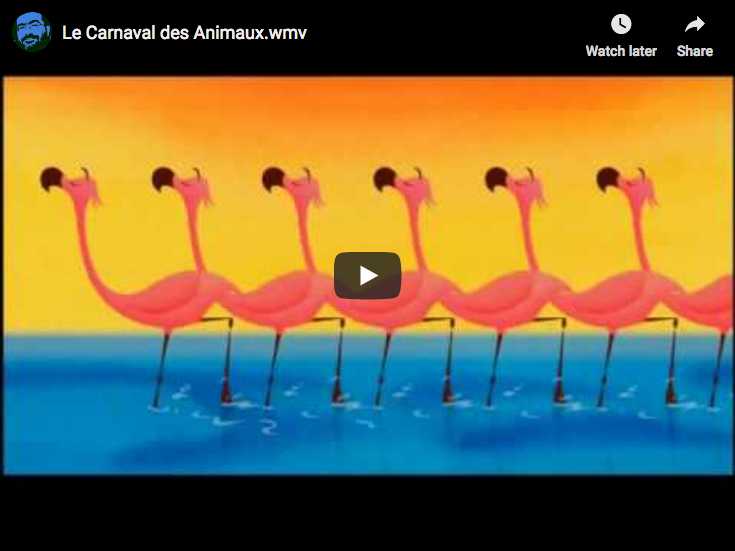 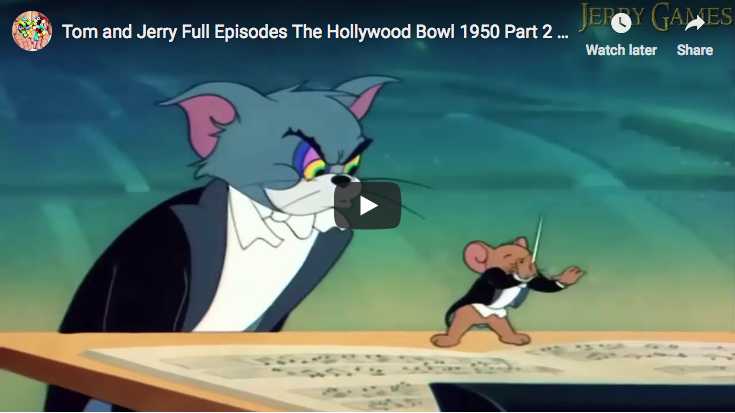