Chopin’s Berceuse, Op. 57, is a lullaby to be played on the piano. He composed it in 1843/44 as variations in D-flat major. Frédéric Chopin originally called his work Variantes. Berceuse was first published in Paris in 1844 by Joseph Meissonnier, dedicated to Élise Gavard, and appeared in London and Leipzig the following year. Written late in his career, the lyrical piece features complex pianistic figuration in the continuous flow of variations on a calm bass in always soft dynamics, shaping the music by texture and sonority. – Hélène Grimaud 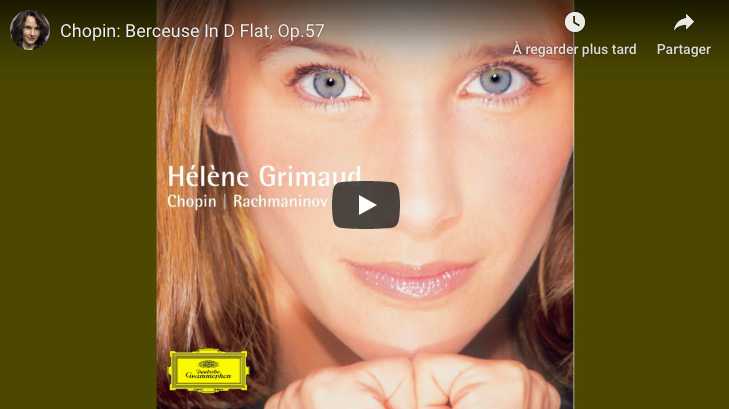 Other Chopin’s Works by Hélène Grimaud 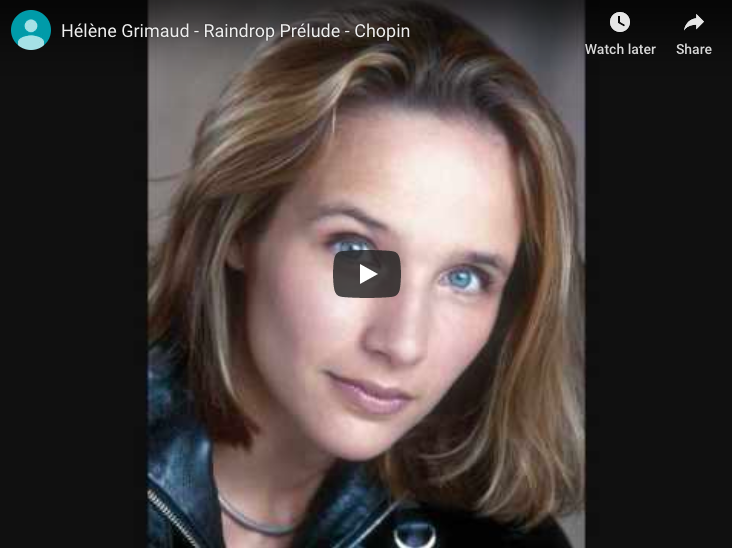 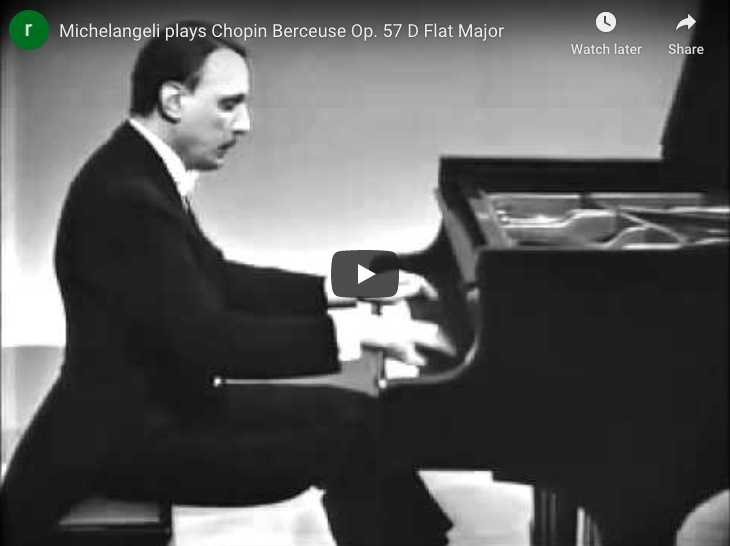