Vertige, Etude No. 9, dedicated to composer Mauricio Kagel, is Ligeti’s third etude from Book 2. Widely-separated hands use chromatic scales to create the effect of endless, falling movement. György Ligeti did not complete another étude for three years after finishing Vertige. Ligeti composed a cycle of 18 études for solo piano between 1985 and 2001. They are considered one of the major creative achievements of his last decades, and one of the most significant sets of piano studies of the 20th century, combining virtuoso technical problems with expressive content, following in the line of the études of Frédéric Chopin, Franz Liszt, Claude Debussy, and Alexander Scriabin but addressing new technical ideas as a compendium of the concepts. – Yuja Wang 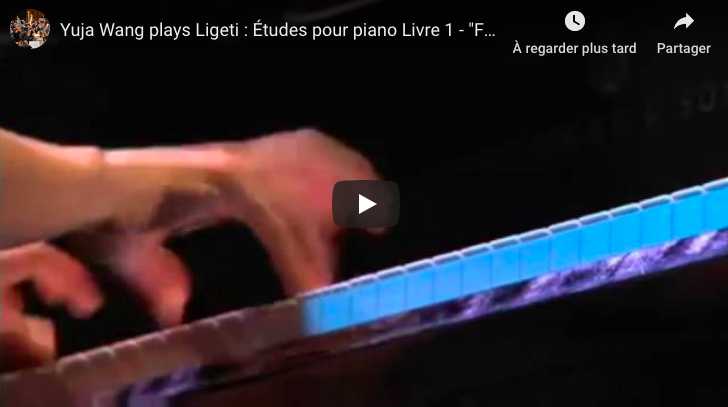 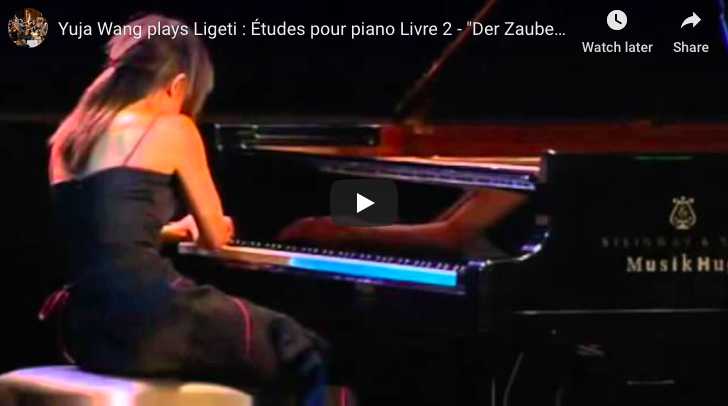